Trial Is a Test of Rule of Law in Guatemala

Washington, D.C.—From 1960 to 1996, Guatemala suffered through an internal armed conflict in which over 200,000 people were killed, oftentimes in brutal massacres committed by the country’s armed forces. It is undeniable that gross human rights violations occurred during the 36-year conflict, and that the vast majority of abuses occurred at the hands of the state, as documented by the UN-backed Commission for Historical Clarification. In recent years, there have been a handful of prosecutions, but to date no high-ranking military or government official has been held responsible for these killings.

The current trial against former de facto president José Efraín Ríos Montt and former Chief of Intelligence José Mauricio Rodríguez Sánchez for their roles in the atrocities committed during Montt’s 1982-1983 rule against Ixil indigenous communities, which the Commission for Historical Clarification labeled as acts of genocide, shows that the country is beginning the difficult process of addressing its past in an attempt to build a future based on respect for justice and the rule of law.

“What happens in this trial will test whether the Guatemalan legal system is capable of administering justice impartially,” said WOLA’s Program Director Geoff Thale, who was present at the opening of the trial. “It will have implications for future human rights cases, and more broadly for criminal justice and the rule of law.”

Unfortunately, there have been attempts to discredit and undermine the judicial process by small but influential groups in Guatemalan society that oppose the rule of law and do not want to see justice prevail. These groups have launched defamation campaigns against witnesses and prosecutors, and have published full-page newspaper advertisements that falsely assert that the trial threatens the political stability of the country. After the initial indictment, the case took one year to reach the initial trial stages because of nearly 100 legal appeals by Ríos Montt’s lawyers. Now, after the evidence against Ríos Montt and his intelligence chief has been convincingly presented and as the trial comes to a close, there are new attempts to delay and perhaps derail the judicial process.

On April 18, General Ríos Montt’s lawyers abruptly left the courtroom, leaving their clients without representation and stalling the trial. Later that day, Judge Carol Patricia Flores, who had been recused from participating in the trial in its initial stages in November 2011, ordered that the trial be annulled because she had just learned that her appeal to be reinstated in the case had been accepted. The presiding judge, Judge Jazmín Barrios, and Attorney General Claudia Paz y Paz both objected, arguing that Judge Flores’ order was illegal. Judge Barrios stopped the judicial proceedings and petitioned the Constitutional Court to resolve the conflict. The Constitutional Court is considering this and other legal matters now. Yesterday, the Court ruled that Rios Montt’s right to a defense has been violated and needs to be restored, but it did not rule to annul the proceedings, as the press erroneously reported yesterday afternoon. Reports suggest that the Constitutional Court may rule today on the legality of Judge Flores’ April 18 decision annulling the proceedings.

“While there are many legal issues at play here, it is difficult to avoid the conclusion that these are delaying tactics and attempts to annul the trial, thus undermining the rule of law. That’s a concern for the Ríos Montt case, and a concern for the justice system in general,” said WOLA Senior Fellow Jo-Marie Burt, who led a delegation of Latin American jurists to observe the trial last week. “As the international observers noted during our visit to Guatemala, similar tactics were employed in the trial against former President Alberto Fujimori in Peru and in similar trials in Chile and Argentina after their dirty wars,” Burt said. “In those cases, the delaying tactics failed, the trials proceeded, and the rule of law was affirmed.”

WOLA is pleased to learn that U.S. Ambassador at Large for War Crimes Issues Stephen Rapp will travel to Guatemala today to attend meetings and consultations related to the Ríos Montt trial, and plans to attend the trial if it resumes during his stay in Guatemala. This is an important signal of international interest in the trial and the larger issues of respect for the rule of law that it represents. Thousands upon thousands of victims of state violence and human rights violations committed during Guatemala’s internal armed conflict have waited decades for justice, and the commitment to justice should prevail over procedural obfuscation. Proceeding with this trial will give Guatemala the opportunity to show its true dedication to building a society based upon rule of law. 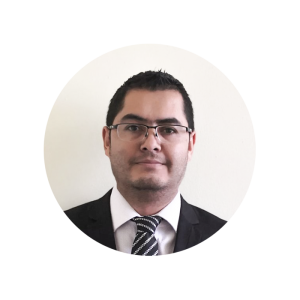